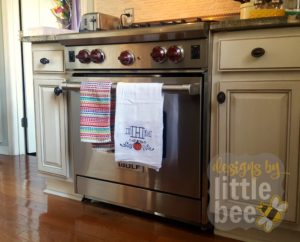 A natural part of any new relationship with a person is getting to know the people and things that are important to him or her. Loved ones, relatives, children, even pets and hobbies, you are introduced to them all as they will likely become a big part of your life as well. When I met my husband almost ten years ago, one such relationship that I was introduced to was my husband’s mother and her roommate, Dan.

My now mother-in-law is an independent woman. But as most single folks know and appreciate, it can be a great idea to live with another person. Splitting bills and sharing responsibility for household tasks can take a lot of stress out of life. Certainly was the case for Mary and Dan.

A little over four years ago, I was pregnant with baby two and theoretically giving birth to a possible business as an artist as well. I was feeling pretty overwhelmed about every aspect of our future with two kids under two. One night I approached my husband with a brainstorm; I often come to him with completely insane ideas. I’m sure he wishes he had a dollar for every time he’s heard, “Now tell me if this is crazy, it won’t hurt my feelings, I’m just thinking..” On this occasion I asked him what he thought about combining our household with Mary and Dan’s. He maintained his typical stoic face for at least a minute and then said, “I think that’s a really good idea.” We spent the next couple of months weighing the pros and cons, and investigating possible homes that could accommodate such a situation.

When we were set in our decision, we presented the suggestion to Mary. Fiercely independent, this woman was still doing home repairs and mowing her own lawn! We both felt a responsibility to take the burdens of day-to-day home ownership off of someone important in our lives, but I was worried that she would see this move as something of pity – taking in the old lady who can’t take care of herself. Interestingly, our intentions were quite the opposite: it was we who needed the extra hands. So I let David do the talking.

All over the world, multiple generations of a family live together, most often in smaller quarters than we own in the US for a single family. And David and I agreed that if we took his mom, we’d have to take her roommate, too: never married, with no kids or family to speak of, we weren’t sure where Dan would end up. Dan is very important to our family for ways in which he helped my husband many years ago, but that’s a story for another time. It went without even saying aloud that this was a package deal.

After coming to a firm agreement, we approached the two, and they agreed that it was a cool, interesting, and perhaps workable idea. Less housework for them, Mary helping with the grandkids, Dan having a “family” and a much bigger home in a nicer area that none of us could afford individually. It was a no-brainer – IF we could live with the arrangement.

That was almost five years ago. We survived a small-ish house with all six of us for two years, and as my husband’s law practice succeeded and I began contributing much more through Etsy, we decided to continue our living arrangement on a grander scale. We now share a beautiful home with a totally finished basement for Dan, an office for me, a guest room for family and friends, in one of the best school districts in the country. I am well aware that this living situation is not ideal or even possible for everyone, but it has worked for us, and we’ve all been richly rewarded for giving up some space and privacy, learning when someone needs some “me” time and when to sacrifice for one another.

I’m particularly proud of Dan, who has grown into a role in our lives that I’m not sure any of us expected. The only thing he knew for sure about caring for children prior to becoming part of our family, is that they can’t have access to knives. He is now a seasoned caregiver, and he loves our boys as if they were his own. We still catch him giving them Cheetos right before dinner or playing video games after we’ve said it’s time to put them away. But for our trust and his accountability, we are rewarded with much more flexibility than most parents of young children. And I believe that sharing the many joys of having children around keeps him young.

Part of the adventure of digitizing is coming up with names for the many things that you make; for me, fonts are especially fun. I had a name waiting for the next block, versatile, family style font that I ran into, and that’s how this week’s impressive release was named. I sure hope you enjoy the Uncle Dan capital font.
? http://bit.ly/2hrit7N 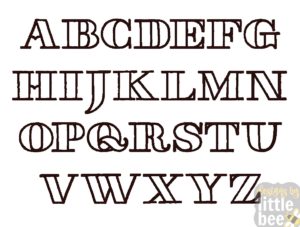