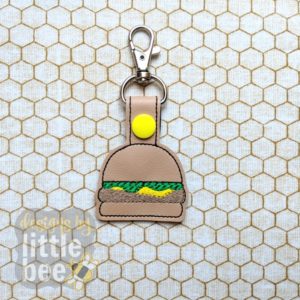 For a handful of days over Thanksgiving week, we noticed an awful smell develop, and then get worse and worse in our finished basement (where Uncle Dan lives). Now, he doesn’t see or remember as well as he used to, so he’s been known to do things like leave food in the sink or forget to put a to-go box of chicken in the fridge.

So back to last week. Every day we walk through the common area to go upstairs. This smell got worse and worse. I have always had terrible allergy and sinus issues (I need a surgery I can’t afford), so I can’t smell very well at all.. but THIS smell, it had even penetrated my allergy-dampened olfactories and was so offensive that I insisted David go downstairs and clean the entire basement to figure out what was the culprit. Down the stairs he went, with mop and broom and every cleaner we’ve ever bought.

Two hours and a spritz of Febreeze spray later, David appeared atop the stairs and announced that he didn’t find “one thing,” he just gave the room a good thorough cleaning. I argued. “No. There is ONE thing down there making that smell. That was not a general funk. There is something going bad.”

Several hours later, I had run downstairs to check a long-stitching job on my embroidery machine, and I’ll be damned – the new, somewhat fruity smell of air freshener was being assaulted by the distinct smell of rotting or bad food.
Never send a man to do a woman’s job, right? Off I skipped to find the culprit. My nose may not be the best but, believe me, one did not need a German Shepherd to find this smell. I channeled my best Horatio Caine to look for clues (read: I started talking to myself). “It’s strongest right here by the stairs where I walk into my office.” I looked around the common area. The deep freezer! We buy a lot of foods when they’re on sale and keep them in the deep freezer until we need them. With so many people going in and out all the time, it’s entirely possible that something had been placed aside by accident and had fallen into the floor behind or beside the freezer. As I approached it I knew my CSI skills were sharp. THIS was the offending area. Behind the freezer? Clear. On the floor? Clear. Glancing up, I saw it. A Kroger bag sat atop a pile of random stuff that should have been put away days ago. Some kind of liquid or gelatinous substance pooled at the bottom and I took a deep breath before I got close enough to reach out.

Touch.
Shudder.
Inching close enough to read the label hiding behind the grocery store logo, it was immediately apparent why this smell was so bad.
It was meat.

As I said, we buy food on sale or when we have coupons to save for later. Our dog Edgar LOVES hamburger meat so we buy those big logs of meat when it’s convenient and store it in the freezer. And someone (by this time it was impossible to tell who) had been a bit forgetful when loading in another week’s fish stick or ice cream supply. I ran up the stairs to weave my detective’s tale in a dramatic fashion. I didn’t place any blame, but I also refused to touch that bag.

Uncle Dan got a free deep cleaning out of the whole thing, right?